This week’s Art of the Craft is about the man behind Galway Pens – Eamonn Fitzgerald.

I joined Eamonn at The “ManShed” at his house in Galway to see what he does and how he does it. We first met via Twitter and had spoken a few time on the popular Galway Hour. When he agreed to be a part of this project it was great to get the chance to put a face to the Twitter handle @GalwayPens.

Eamonn describes what he does as “turning soul into wood” and I have to say that as a business motto it couldn’t be more accurate. While we stood in his workspace he had pieces of wood of al shapes, sizes and types everywhere! It was unfathomable to me that he could know every single ones story without having a filing system but he does. This is the thing about the work Eamonn does. Its all about provenance and having a connection to the project. There was old church pews, bog oak, a walking stick, pieces of an old rocking chair, it goes on and on. Even one piece of wood that hit him on the head walking home one day. They all have a story – whether he found them, or they were given to him whenever he makes a pen it has a story and a connection both for him and for the person that he’s making the pen for.

This is the guiding principle for Eamonn. As he says himself on his blog: I had to make stuff that mattered and the stuff had to matter to the person who wanted it.

Combine this with a quote that sums up how Eamonn feels about what he does and its easy to get an insight into how he approaches the entire process:

He who works with his hands is a labourer.

He who works with his hands and his head is a craftsman.

He only uses timber thats recovered or upcycled from local demolition works, left over from local building projects and timber which would otherwise be dumped or burnt as well as salvage timber from storm-damaged trees.

Eamonn has been quite successful at what he does. He’s been making pens since 2010. In that time he’s made a pen for President Michael D Higgins from timber he had donated to a different project and as a result was invited to the Aras to present it in November 2016. He won a bronze award with the All Ireland Bank Of Ireland Startup Awards in April 2016 that allowed him to buy better equipment for his pens. He’s exporting to 10 countries, has started making wedding pens for brides (47 so far) and currently has pens showcased in the County Council Buildings in Prospect Hill. More than that you may remember that the Sacre Coeur Hotel recently burned down – Eamonn had the brilliant idea to salvage timber from the ruins and make pens from them for family members (article here) including local business owners from The NEST Boutique Hostel and The Coach House Pub.

I think for Eamonn the achievement he is most proud of is being part of DCCoI (Design Craft Council of Ireland) Building Craft and Design Enterprise Programme which will run until October 2017. This is something that when you hear him talk of you can hear how proud he is to be part of. Yet he holds this pride in a quiet and modest manner. This is the thing I liked most about him – anyone else with the list of achievements Eamonn has would be shouting it from the mountains, but he readily admits that he’s not the best at promoting himself and using these things to his advantage. But I truly feel part of this is because he loves what he does so much that being happy with the pens he makes and knowing that the people who get the pens feel a connection to them also is more important than anything else.

Theres so many stories I couldn’t possibly fit them all in here and I could have stayed and talked to Eamonn all day. In fact if you have some spare time I’d recommend you give him a shout for a coffee and do just that! I think what I’ll do instead is give you my favourite story of a pen that he made, in his own words from his blog:

One day in autumn 2013, an elderly client of my father’s called to my house and asked me if I could fix a wooden chair he had. He brought me to the boot of his car and in was a pile of smelly damp wood-wormed pieces stuffed into and old plastic fertiliser bag. When I took the pile out of the boot, some of the pieces of the chair were rotten or missing. He accepted it couldn’t be repaired, but of the few pieces remaining, I told him I’d make a few pens for him. He told me to go ahead, as he was only going to burn the pieces otherwise. I turned six pens that night. The chair was made from very old oak and the pens took a wonderful sheen when they were polished. Each pen was a light brown in colour and I used silver plated pen parts to finish them. I even got a few boxes from a local jeweller. This was the first time I had a pen in a box for a client. The next day, I called into the man’s office in town (he was a managing partner in an old Galway law firm) and nervously presented the pens to him. He took the pens, sat down at his desk, and broke down in tears. I was shocked as I thought I’d done a good job on the pens. He explained his emotional outburst was caused by the fact the chair was his grandmothers. As a young boy, over sixty years ago, he remembered sitting in her lap as she sat in the chair by the fireside and she held him telling him stories. He said that the pens gleamed like the way the turf fire-light used to glint on the old chair as his grandmother took pride in keeping it clean (his grandmother had inherited it from her grandparents as one of her wedding gifts). Over time, he told me, his grandparents passed, and the family grew up and scattered. The roof eventually fell in on the old house and everything rotted. He told me he has visited his grandparents’ house recently and found the remains of the chair still by the fireside which he took and put in the boot of his car. He opened a drawer in his desk and took out a small wad of money and started to count out some notes. I refused to take any payment from him, telling him they were a present. To be honest, after seeing his emotional response, I just couldn’t take a penny from him. I met the same man two days before Christmas later that year. He told me he had given a pen to each of his siblings, and they too had a similar emotional response. He said they were all writing down the stories they could remember and that if he would ever publish them, he would acknowledge me. The stories were to be put into a book and copy was to be handed out to all his grandchildren and his siblings’ grandchildren too. When I think about the pens I made for him, they came from a piece of timber that passed through five generations of his family and by the time his grandchildren inherit the pens, the piece of timber will have passed through seven generations of his family. He has now semi-retired from work, and I meet him out walking regularly. He always has one of my pens in his jacket pocket.

This for me just describes the real raw power of what can be achieved by one man working so hard to achieve something extraordinary and truly putting his heart and a little of his soul into what he does.

But remember we’re also here to talk about how he makes these magnificent pens! There’s a lot more steps than you would think to making a pen. We’ll outline it here so you can appreciate the extent to which Eamonn must go to ensure that when you get your pen its delivered at the highest of standards. Its impressive to think that he’s become so good at this process that he can make a basic pen in about 20 minutes at this stage.

Procedure for making a basic pen:

Selection of timber based on client’s specification

Marking of timber to ensure grain is always matched

Cutting to size on bandsaw

Drilling holes to prepare to turn

Turning on lathe with wood gauge down to defined tolerances

Polishing with oil and waxing

I was lucky enough to receive a pen courtesy of Eamonn from my time in the ManShed with him. If you’d like to talk to him about getting your own pen, have a special piece of timber you want him to work with or find out more about what he does you can email him on GalwayPens@gmail.com , like his page on Facebook, see his beautiful pens on Instagram or talk to him on Twitter. Or you could even go real traditional and call him on 0872804855 🙂 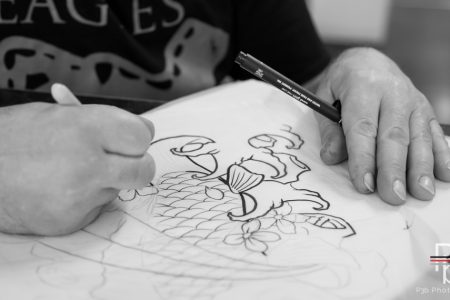 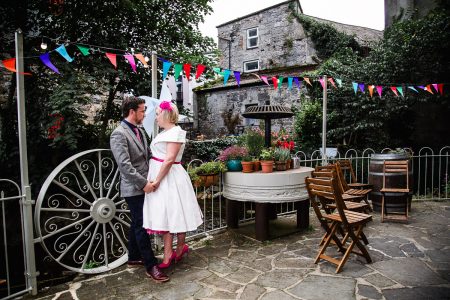 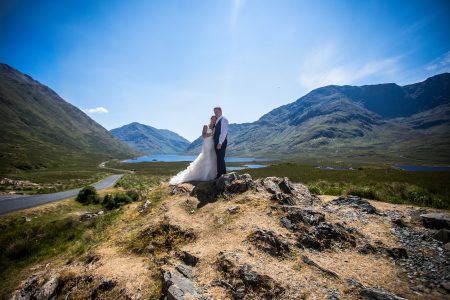 Have a Stress free wedding day